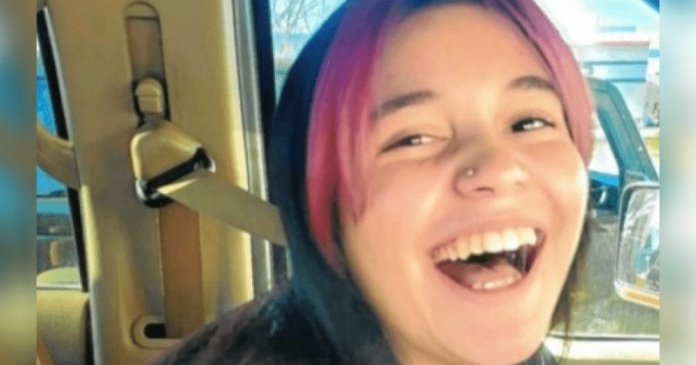 Her name is Brianna Ibarra and she is a 13-year-old girl from Wichita, Kansas. She stayed back inside her family’s Ford Escape while the rest of them went into a restaurant shortly, to grab some food. Little did they think then that that was the last time they would see Brianna alive.

Brianna’s family had left the car running, while she waited for them inside. This is when 34-year-old Kevin Palmer allegedly jumped into the driver’s seat and started driving away. The teen reportedly panicked and tried to escape from the moving vehicle, but this is when she met with a gory death. The young girl got caught in the seatbelt, and fell out of the door. She was dragged behind the vehicle as the car sped off, still tangled in the seatbelt. “Palmer continued to flee for several miles.”

A witness immediately called 911 while following the SUV. Police say the driver stopped and then tried to escape on foot, but was caught by officers shortly after. “This is one of the saddest cases I have been associated with in my over 28 years of law enforcement,” said police Chief Gordon Ramsay.

Brianna’s parents saying she was “full of life,” and someone who “always made everybody laugh, loved her family [and] was always up for any adventure.” They described the loss as “a tragedy that no family should have to go through.”

The middle school student “loved to create,” said her older sister Marissa Ibarra, and was “easy and fun to be around. She was bright, carefree, straightforward, family-oriented, strong, would do anything for [her] family, affectionate.”

According to the police, Palmer has several prior convictions for felony crimes. He is currently being held at the Sedgwick County jail on multiple charges including first-degree murder, theft, and driving with a suspended or revoked license. His bond on the murder charge is $500,000, according to online court records.

A GoFundMe has been set up by a friend of the grieving family so they can get some financial help. The description reads: “Brianna’s family lost her due to a tragic and very unexpected incident last Saturday afternoon in Wichita, Kansas. We are fundraising to assist with various expenses associated with the funeral, burial, and any other expenses needed until this family can get back on their feet and back to work.”