A mentally ill Florida man mistook his mother for an intruder, brutally beating her with a two-by-four, stabbed his girlfriend in the eyes with a knife and bit off his baby girl’s nose 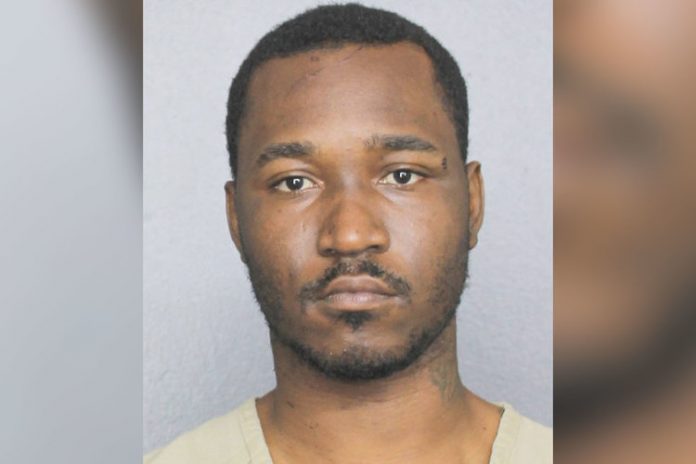 The violent incident unfolded at the family’s home. Authorities arrived to find a critically wounded small child lying face down outside the house. Francois, who authorities said fled the residence, was apprehended a short time later by the deputies. The incident transpired when he, who’s reportedly diagnosed with schizophrenia, began punching the walls of the home earlier that day, law enforcement said. He later mistook his mother for an imposter and allegedly struck her with a piece of lumber.

“Pierre was beating her and asking her what she did with his mother even though [she] is his mother,” the affidavit stated.

Francois then told his mother, who “kept slipping in her own blood,” to stay put, according to the affidavit.

He then confronted his girlfriend with a knife, who was cradling their daughter in another room, county authorities said. Moments later, Francois allegedly flung his 1-year-old daughter out the window of the single-story home.

The girl’s nose was also bitten off in the domestic assault, according to the Broward County Sheriff’s Office.

“The infant suffers from what appears to be a skull fracture, as well as it appears that [her] nose was bitten off,” Sgt. Don Prichard told the Florida Sun Sentinel. “This was a very, very gruesome scene that the deputies encountered, and it was caused by a family member.”

The infant’s grandmother was able to escape and notify neighbors, who called emergency dispatchers.

The child was rushed to the hospital and intubated, however, the infant suffered a traumatic brain injury. The 1-year-old girl remains on life support and is unresponsive, detectives said.

Francois’ girlfriend suffered stab wounds to “both of her eyes” and was permanently blinded, according to hospital workers. She’s expected to survive.

The neighbor who came to Francois’ mother’s rescue called the incident a “sad story.”

“I just thank God I was here to be able to open my door for her to be able to get the help that she needed,” the woman told the Sun Sentinel. “Whatever is going on with the baby and the baby’s mom, I am truly hurt about the situation.”

Francois wasn’t taking his medication at the time of the attack, his mother told detectives. He may have also been using drugs, she said. Investigators seized a knife from the residence.

Pierre Gabriel Francois, 29, is accused in the gruesome family attack, which investigators suspect was triggered by a schizophrenic episode. The 29-year-old was charged with three counts of attempted felony murder and aggravated battery with a deadly weapon, according to court records.