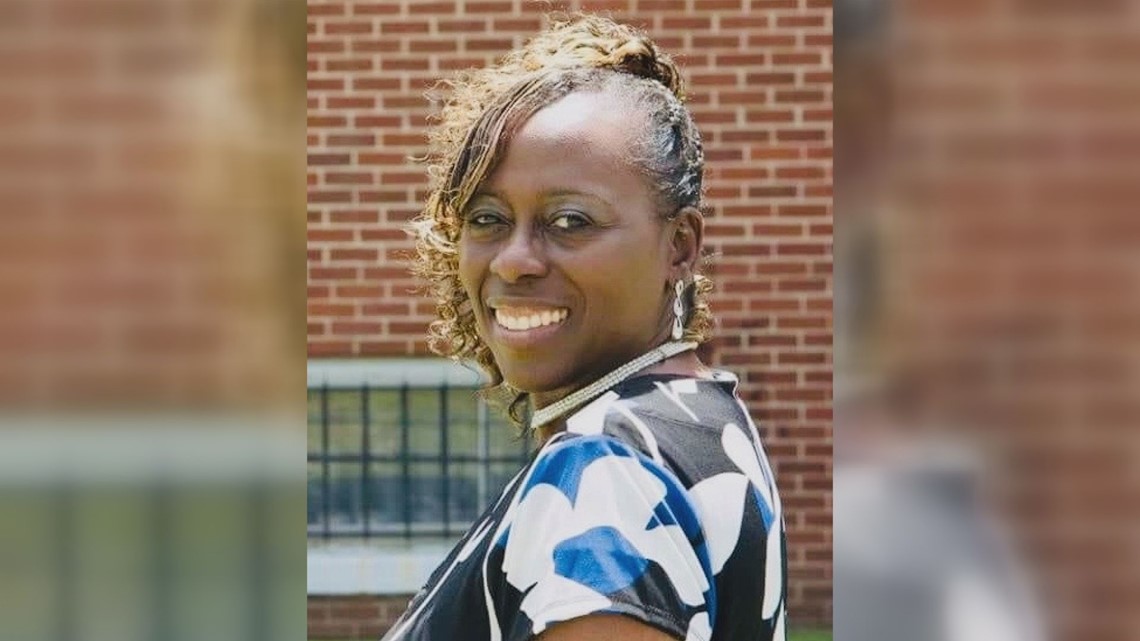 Patterson would’ve been heading into Weaver Middle School this week to prepare for another year as their media specialist, but now, her family and colleagues are mourning her loss as they reflect back on the person she was.

“I’m trying to deal with it the best I know how. I’m praying and I’m just asking God to help me battle on with it and be able to go through this,” Patterson’s mother Virginia Moore said.

She’s fighting to keep it together for her other six children.

“Every time you saw her, mostly she had a smile on her face, and she really knew how to be friendly with people,” Moore said.

Patterson was hit and killed while walking along Interstate Drive in Macon. Her oldest sister Lula Williams recapped what happened that day.

“My sister Val walks every morning, and her husband works in my restaurant, and at 8:00 he called me and said, ‘Lou, Val is not home yet, and normally she’s home before 8:00,'” Williams said.

When the family heard of the hit-and-run on Interstate Drive, near Patterson’s usual walking route, their sister, Elizabeth Glover went to the scene.

“They showed her the picture and that was then she knew it was our sister and she called all of us,” Williams said.

Now, they’re holding onto the memories of Patterson’s voice and contributions to education. Weaver Middle School Principal Crystal Childers says Patterson was a pleasure to have on staff.

“Mrs. Patterson was a sweet and loving person. She loved to sing. She would often walk down the hallways singing a tune or a melody and she had a beautiful voice, but she was a very sweet and calm person,” Childers said.

Patterson’s youngest brother wishes he could hear her sing one last time.

“I’m truly hurt by this and I’m going to miss her, but I got a lot of good time with her that I could remember, that’s all I ask,” he said.