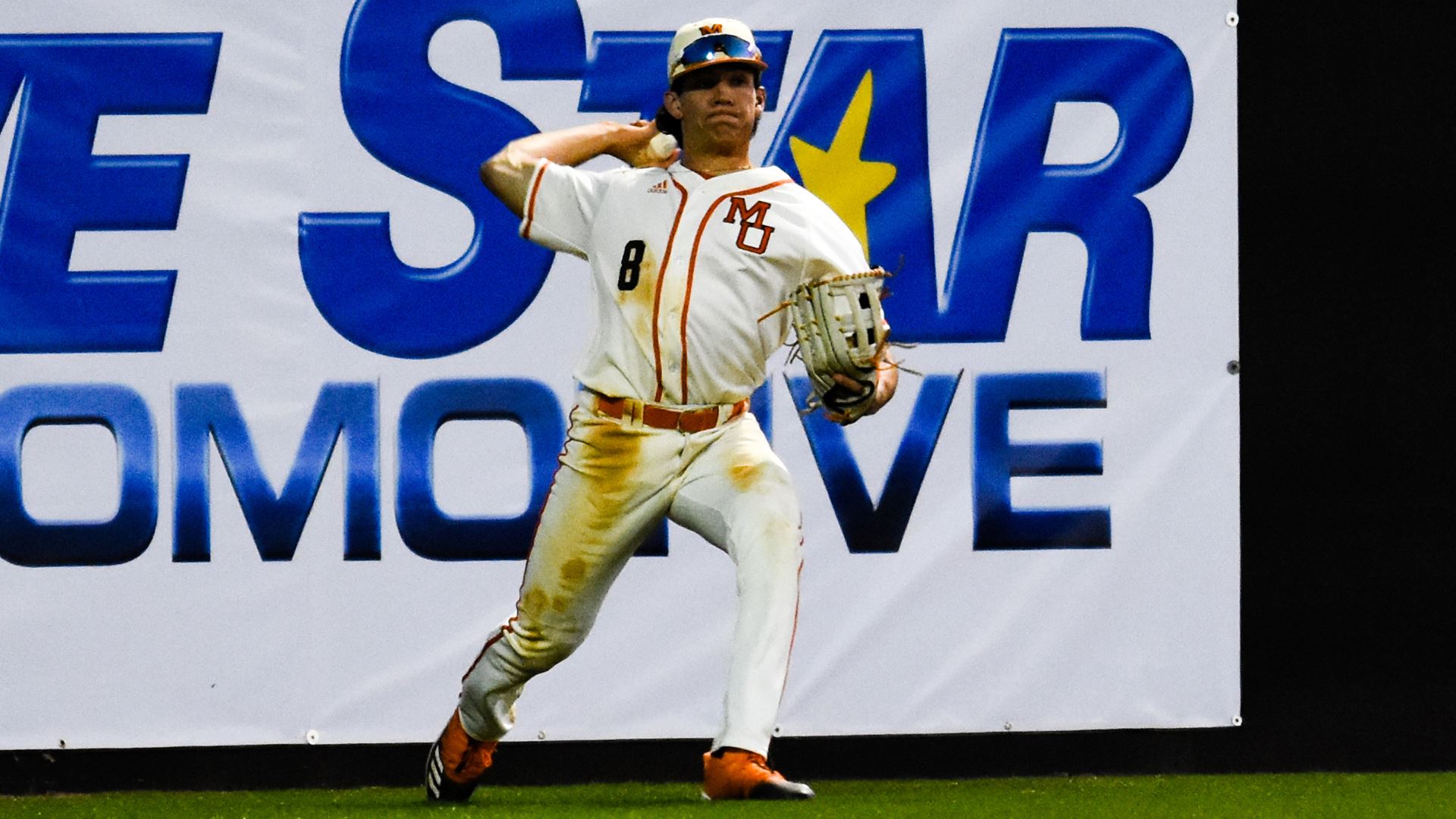 The Mercer Bears improved to 10-0 and are off to the best start in program history thanks to an 8-4 win over the UT Martin Skyhawks on Saturday afternoon.

UT Martin (4-6) got on the board first when Wil Lafollette hit a two-run bomb to left center field following a Mercer error, but after a quiet first inning, the Bears answered in the second frame.

Jackson Kelley threw 13 pitches in the top of the second to retire the Skyhawks in order, and Mercer pulled ahead, 3-2, in the bottom of the inning.

Back-to-back singles by Bill Knight and Brandon Michie gave the Bears life to start the frame. David Burke recorded his first collegiate hit and RBI when he smacked a ball through the left side of the infield to score Knight.

Kyle Dockus’ ground out was effective as it put both Michie and Burke in scoring position for Colby Thomas. Thomas recorded the Bears’ fourth single of the inning. His base knock to left scored a pair and gave Mercer a one-run lead, 3-2.

Kelley got a one-two-three inning in the third and faced just four batters in the top of the fourth.

Mercer (10-0) added to its lead in the bottom of the inning.

With one out, Burke singled and Dockus followed that up by hustling down the line after laying down a bunt to give the home team a pair of runners on base. The pair moved to second and third respectively via a wild pitch with two outs, and Angelo DiSpigna drew a walk to load the bases.

Loading the bases proved costly for the Skyhawks as another wild pitch allowed Mercer to score its fourth run of the contest and take a multi-run lead.

Kelley worked around a lead off single in the fifth to retire the Skyhawks.

Mercer was unable to score in the bottom of the inning despite Jordan Ammons leading off with a single and stealing second.

UT Martin threated in the sixth, but Michie did his part to keep the Skyhawks off the board in the frame. With a runner on and one out, Lafollette singled to right, and Michie quickly fielded the ball and fired a strike to Davis at third for the second out of the inning. Kelley got a pop up to the end the frame which allow Mercer to maintain its 4-2 lead.

The Bears were retired in order in the sixth but added to their run total in the seventh.

RJ Yeager led off with a single and moved into scoring position on a fielding error. He quickly found himself 90 feet from home when he took third on a wild pitch. He would score when Knight singled to center, pushing Mercer’s lead to 5-3.

After Hunter Phillips, who came on in relief of Kelley after 6.2 innings, worked around a two-out walk in the eighth, the Bears scored an inning-best three runs to extend their advantage to six, 8-2.

After a Le Bassett pinch-hit single started the inning, Mick Moody pinch ran and motored his way to third on consecutive ground outs. He scored when Thomas hit a hot shot to third base and narrowly beat out an impressive throw by the Skyhawks’ Blake Daniels.

Thomas proceeded to steal second and was joined on the basepaths by DiSpigna after he drew a walk. The duo scored when Yeager doubled to left field, batting in what would be Mercer’s final runs of the contest.

After eight complete innings, the Bears held an 8-2 lead.

The Skyhawks took advantage of a fielding error in the ninth as Blake Daniels reached with one out. An RBI double pulled UT Martin to within five, 8-3, and a two-out single to center field allowed Ethan Whitley to score.

Josh Farmer was able to induce a game-ending ground out to secure the 8-4 win and 10-0 start to the season for the Bears.

Jackson Kelley earned the win and improved to 2-0. The Marietta, Ga. native spent 6.2 innings on the mound and allowed just two runs (one earned) while striking out four. UT Martin’s Sam Folk record the loss. He lasted five innings and allowed four runs (all earned) on eight hits.

Coach Gibson’s Take
“I was pleased with Jackson Kelley’s performance. I thought he threw a quality game. UT Martin’s lineup has a lot of balance in it with left-handed hitters. Jackson did a nice job keeping them off the scoreboard. RJ Yeager and Colby Thomas played well today and are special, dynamic players. Being 10-0 means a lot. This group has a chance to be special. We haven’t played our best baseball, but I’m pleased with our start. It’s early in the season, but we’re happy with where we are right now. We’re excited to play tomorrow with a chance to go for the sweep.”