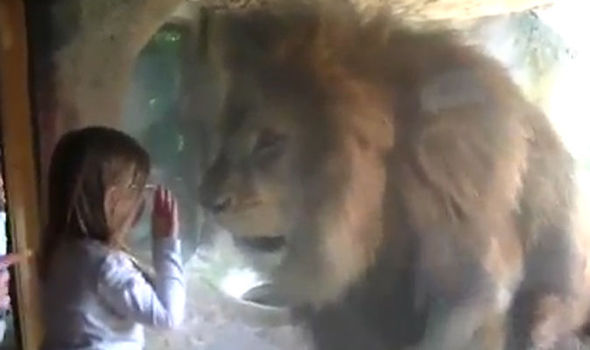 Lions are amazing and we all love them. They are described as the king of the jungle. Lions are strong and they are big! Did you know that an adult lion weighs between 400 and 425 lbs? They live about 10-15 years, but in the wild, lifespans are reduced due to injury and fighting. You should visit the Bronx Zoo in New York City. It’s the biggest metropolitan zoo in the United States.

And, speaking of fighting, have you ever wondered what a lion’s mane does? It protects them during fights! Not all lions are the same. Did you know that the majority of lions kept in zoos are hybrids of different subspecies? About 77% of captive lions are of unknown origin. Nonetheless, they might carry genes that are extinct in the wild, and therefore might be  important to maintain overall genetic variability of the lion.

It is believed that those lions, imported to Europe before the middle of the nineteenth century, were mainly either Barbary lions from North Africa or lions from the Cape. Many lions are in zoos, but there are still free-roaming lions in Africa and India! In Africa, lions can be found in savanna grasslands with scattered Acacia trees, which they use as shade.

Their habitat in India is a mixture of dry savanna forest and very dry deciduous scrub forest. The habitat of lions originally spanned the southern parts of Eurasia, ranging from Greece to India, and most of Africa except the central rainforest-zone and the Sahara desert. This little girl got up close and personal with a zoo lion! It is a bit scary but it is also fascinating to watch this majestic creature. Watch what happens when this lion meets a little girl!