Homeless man asks Burger King worker ‘what can i get for $0.50?’ The employees response will leave you speechless 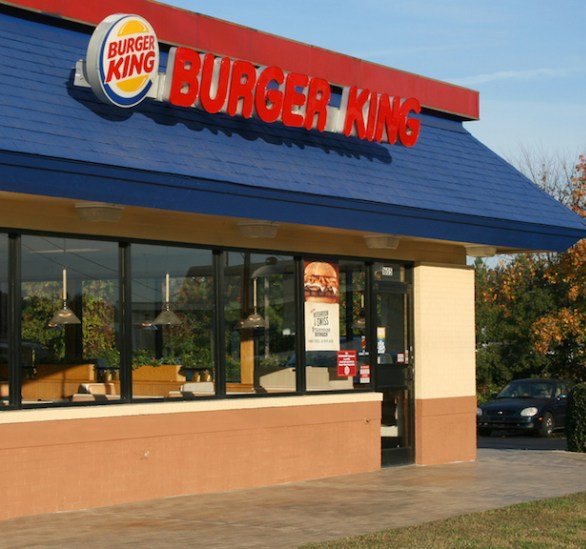 When faced with a person needing help, we have two options. To mutter something incomprehensible under our breath and walk away, or to help. It really does seem to come down to that. There is of course a tendency to help people we know well, such as family and close friends. But when we come across strangers, and homeless people in particular, we are often much less obliging. Perhaps we’re scared, perhaps we think someone else will help them instead, perhaps we don’t think they really need the help or will use any charity we give them towards alcohol or drugs. But whatever the reason, homeless people are among the most vulnerable among us — and certainly can often use a helping hand.

It appears that a Burger King worker, a young man, Matthew, understood this very well. Matthew was at work one evening when a homeless man walked in. It wasn’t unusual for Matthew to serve homeless men at the restaurant, but this particular man had an unusual question for him. The scruffy man approached the counter and asked simply: “What can I get for 50 cents?”  When Matthew heard his question, he had two options. To respond with the basic reality: “Nothing” — 50 cents would not have gotten the man even the smallest appetizer on the menu. But that’s not the response Matthew opted to give.

Matthew rung up the most hearty meal on the menu — and covered it out of his own pocket. The story could have ended there. But a diner happened to notice Matthew’s little gesture of kindness and reacted by paying it forward… and tipping him $100! Upon hearing what happened that day, Mathew’s mom, Michelle, felt understandably proud of her son. She later took took to Facebook to tell the story.

“Proud mom moment! Matthew worked this evening and a homeless gentlemen walked in the restaurant with .50 cents and asked if there was anything on the menu he could buy. Matthew asked him what he would order if he could and the man said anything would help his hunger pains. So Matthew rung him up for a hearty meal and then used his own debit card to pay for the mans meal. He handed him the receipt and told him to relax and take a seat. The story could end there and It would be a happy ending, but apparently a women watched my son during his random act of kindness. Not only did she write the company to let them know about the caring employee they had working for them, she also rewarded my son with a very generous tip! So proud to be his mom and I can pat myself on the back knowing that I’ve played a part in raising this big hearted young man.”

It’s possible that if it was a different staff member they would tell the homeless gentlemen to leave the restaurant without a single thing to eat, however Matthew is certainly not one of those people. He is a very exceptional young man who wants to alter the way homeless and poor folks are cared for and he was rewarded due to that.” Let’s all share this story to remind everyone of this and praise Matthew for his lovely gesture! 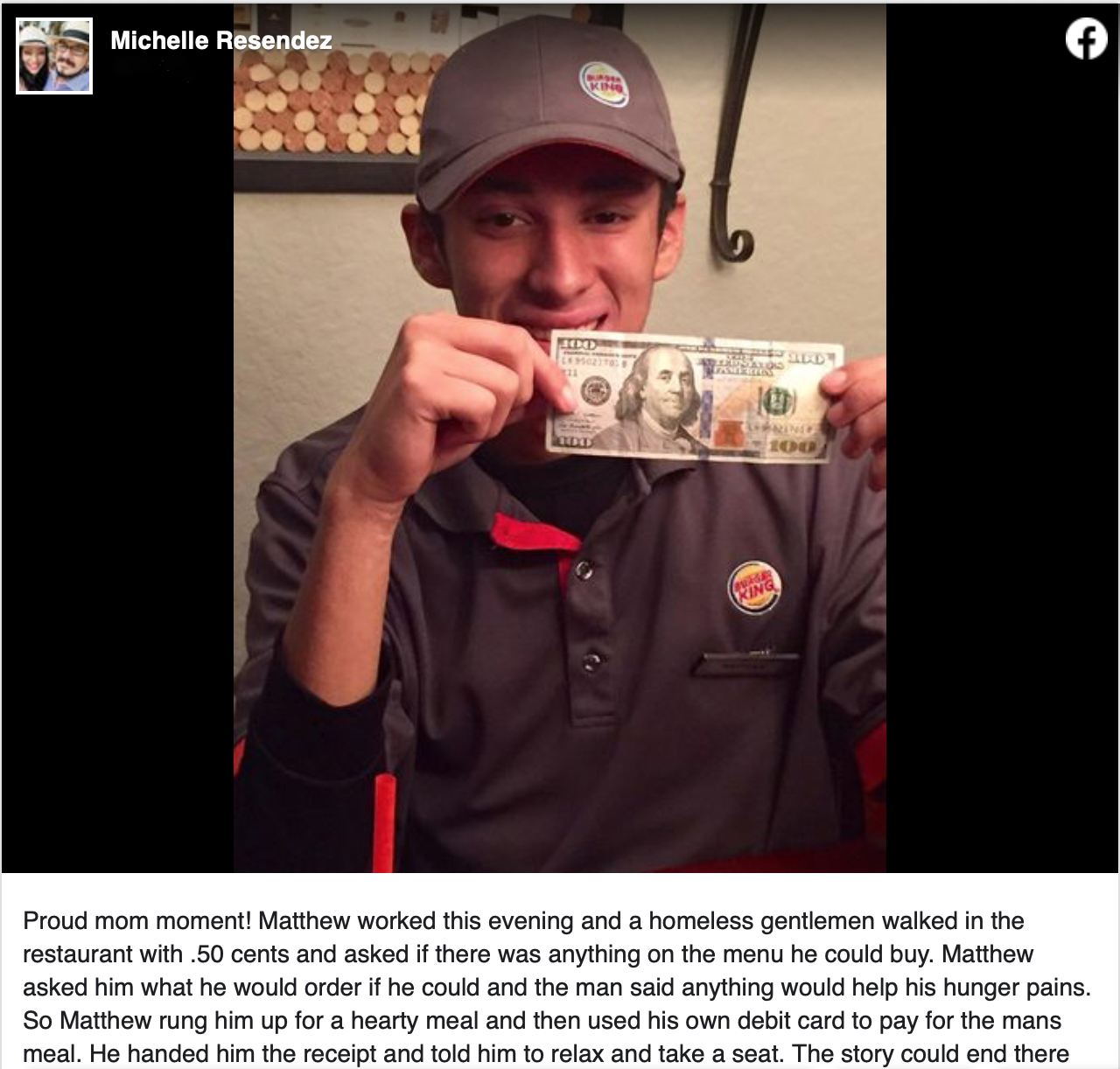