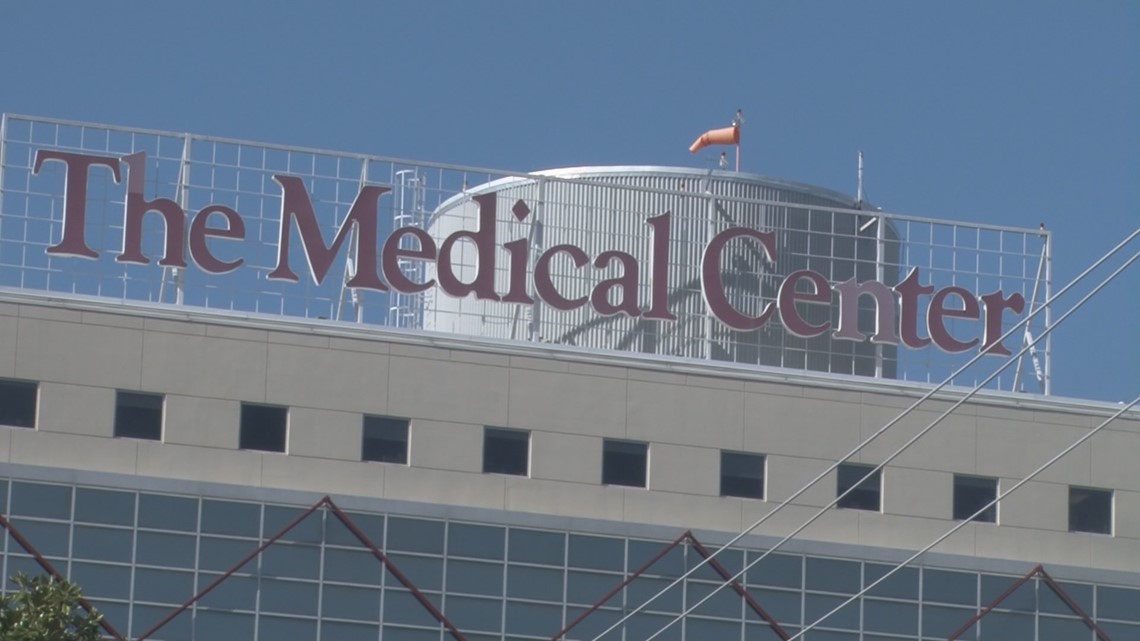 “Where is everyone?” Kindler jokingly asked on July 2.

The team was already hard at work on what would be an all-time record day at its test collection and virtual care sites.

Not only have cases skyrocketed, but there’s a demographic shift on who is affected by the deadly virus at Macon’s three hospitals.

The sudden explosion of cases came as Medical Center, Navicent Health, had returned to more normal levels of medical and surgical cases not related to the coronavirus.

Navicent CEO Ninfa Saunders, who recently announced her plans to retire at the beginning of next year, is worried about the staff.

“So, the one thing that is probably of great concern to me is what happens in terms of the weariness and tiredness that everyone goes through because we’ve been going through this now for a long time,” Saunders told the board.

The hospital recently lost a couple of employees who died of the deadly virus, she said.

The whole staff paused for a moment of silence last week to remember their colleagues.

The uncertainty of the future weighs heavily on Saunders.

“Not knowing when it’s going to be in great control or whether there’s going to be a third cycle is a concern,” Saunders told the Macon-Bibb County Hospital Authority at its July meeting.

Coliseum Health System CEO Stephen Daugherty does not think this current uptick in cases will lead to the end of the pandemic’s grip on Middle Georgia.

“I think we’ll go through many waves of this where we’ll see a peak for a while and then we’ll see a decline and another increase,” Daugherty said Monday in a phone interview with the Center for Collaborative Journalism.

Both healthcare systems are seeing marked increases in cases and a change in patient demographics and ability to fight the virus effectively.

When it comes to COVID-19 patients, Navicent Health is seeing a “completely different” scenario with younger and seemingly healthier people contracting the virus, Saunders said.

In March at the onset of cases at the Medical Center, patients typically were in their 70s and 80s. This month, the preponderance of people being tested were ages 15-39, Saunders said.

Another notable difference, although the numbers increased of people being tested and found to be positive for the coronavirus, the number of hospitalizations has not increased, she said.

“So, many of the people who were diagnosed are out in the community and self-quarantining and being managed from home,” Saunders told the authority members. “While patients were sick, their acuity was not as high.”

During this summer wave of increased spread of the virus, those requiring hospitalization are skewing about 10 years younger with most patients between 60 and 69 years of age, she said.

They are also responding to treatment faster.

Coliseum Health System saw a shift to younger patients ages 35 to 54, with about 60 percent of them being female.

“There’s a bias to females in all of our positive population,” Daugherty said. “I think we still continue to learn about this and what puts people at higher risk than others.”

The North Central Health District of 13 counties in Middle Georgia shows 55 percent of COVID-19 positive patients are female and 43 percent are male.

Daugherty said both Coliseum Medical Centers and Northside Hospital have stayed near capacity.

“We still have surge capacity that we have yet to activate inside our walls, other areas we can use and redeploy staff, but fortunately we haven’t been there yet,” he said.

Navicent’s downtown hospital is near capacity and has used GEMA’s field hospital in the parking lot, but the COVID-19 population of patients only averages 10-20 percent, Saunders said.

“We’re not overly inundated with COVID-19 but we are inundated with patients,” she said. “The community that we have, the employees that we have, are used to this kind of intensity but normally we don’t see that until January, February, March and maybe December with flu season.”

Coliseum Health System temporarily suspended non-emergency surgeries for about two weeks as the numbers started to climb in early July.

“In order to make sure we could care for our community, we asked our surgeons to go back to the tiered systems that we used early in this and if there’s surgeries we can postpone for two weeks,” Daugherty said.

Most of the COVID-19 patients coming in through the Emergency Departments have not been sick enough to admit, he said.

“We send them home and ask them to stay in touch with their physician and if their symptoms worsen, certainly to come back to the Emergency Department or follow their physician’s instructions,” Daugherty said.

Navicent has taken advantage of its partnership with Charlotte-based Atrium to expand its virtual care capacity so it can safely handle more patients during the pandemic.

“Going into this, we had almost no experience in the virtual arena,” Kindler said. “We weren’t really using it, weren’t deploying it, but we’re beginning to partner with Charlotte for some of the initiatives.”

About 41 percent of Navicent’s visits were maintained virtually, Kindler said.

“I think this really speaks to things that not only have we reacted but we’ve learned and we’re moving forward at optimization for future opportunities,” he said.

Atrium CEO Gene Woods, who attended the board teleconference, said Atirum has invested over the past decade in virtual technology.

“When COVID hit, we were trying to figure out, all of us, how to create capacity,” Woods told the board. “To date, throughout Atrium, we’ve taken care of 11,000 patients at home with virtual care technology and I’m really happy that’s being expanded.”