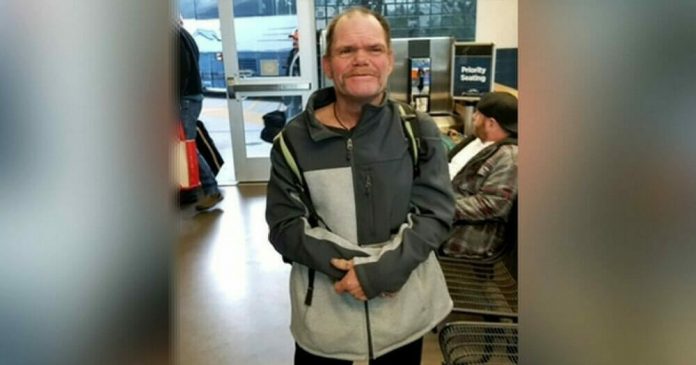 You’ve probably heard this saying before – It doesn’t matter what’s under the Christmas tree, the most important thing is who’s gathered around it! This played out in Sacramento, California and is the perfect picture of what Christmas is all about. This 52-year-old man from Tennessee has been homeless for most of his adult life. He lives far away from his family, who had no idea where he was or where they should even start to look for him.

But thanks to two generous women, Alan and his family’s lives were changed for the better. Everybody should read this story – hopefully it will inspire more people to do a little something for people in need.

Alan never could have imagined that this Christmas was going to be something really special. It all started when a woman drove by him. She recognized Alan, who was always out on the same street, standing by the traffic that passed by. The woman’s name was Jody Revak, and she didn’t need to introduce herself to Alan, because she had always stopped to give him a wave and a friendly greeting as she drove by.

It was a normal day in December. Alan was out on the street panhandling. Jody approached him in her car, rolled down the window and asked a question.

“Alan! If there’s one thing I could get you for Christmas, what would it be?”

Alan looked at her, and answered:

“If I’d wish for one thing this Christmas, it would be to see my sister in Tennessee. “

Jody was helped by her friend Stephanie. Together, they managed to find Alan’s sister, and arranged for the man to travel home just in time for Christmas. They bought him a bus ticket to the small town of Sneedville in Tennessee. There, his sister Rose was waiting, eager to meet her brother.

Rose calls Judy and Stephanie “angels”, and is overjoyed that they managed to send her brother home for Christmas. This is what Christmas is all about. I think more of us should make time to pay a kind gesture to those in need. It may be little effort to us, but can make a huge difference to someone else’s life.