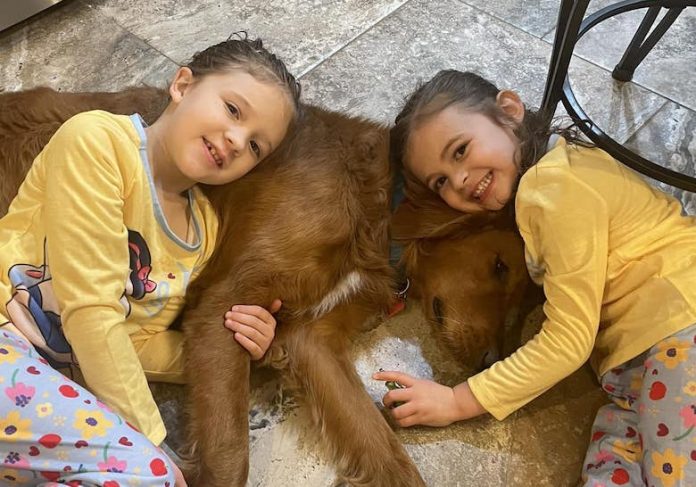 According to the parents, 7-year-old Abigail and 4-year-old Cecilia, had been spotted near their home along with their dog before things took a turn.

Police officials said that both parents realized that the girls were missing and immediately raised alarm.

Luckily, a search was quickly organized for the young girls and their dog.

Their mother made a worried Facebook post which went viral in the area and people began volunteering to go out and look for the little girls.

The St. Tammany Sheriff’s Office issued a statement asking local citizens not to venture into the forest as they would risk impeding the official investigation for the little girls.

Luckily the girls were found soon after around 9:20 p.m. on the same day they went missing!

This mother hopes her baby will say MAMA, but the dog steals the show – It’s hilarious!

Can you guess who’s the real mother of the child? Check your personality based on a judgment…