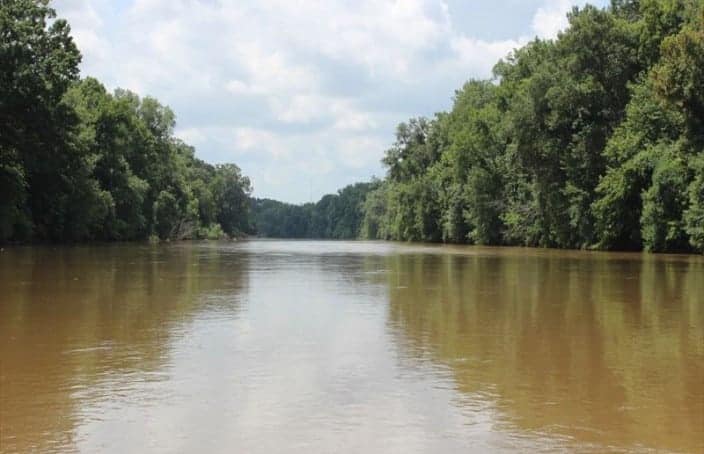 But Joel Gasser and his friend did not walk on water. Instead, they walked on a slackline about 55 feet above the water.

Chris Dunn was relaxing on a sandbar at the park while Gasser was slacklining.

He used his drone to capture the 24-year-old walking above a crowd of floaters.

Dunn was a stranger to Gasser before Saturday. Gasser says they met while he and his friend were setting up the line at the river.

“It was exciting,” he said.

Gasser is originally from Puerto Rico, but he currently lives in North Carolina.

He was in Central Georgia to visit his friend, Ryan Saddler, in Warner Robins.

Saddler owns a slackline company and provided some of the gear Gasser used for his line on Saturday.