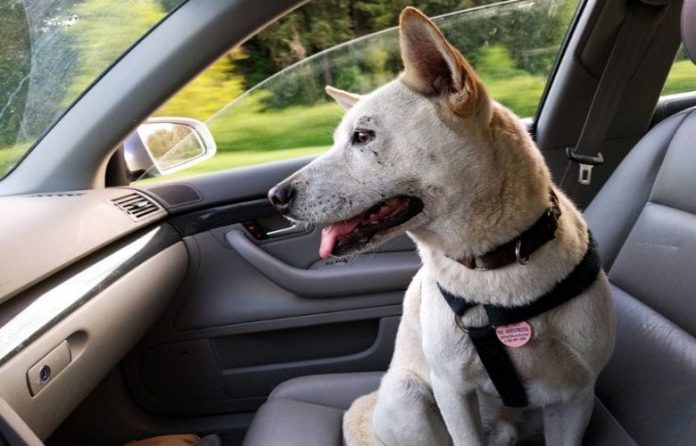 Going for a drive with your dog, taking him to the beach or to a forest for a nice long walk: a lot of dog owners love doing this. It’s fun for both dog and owner to go to a new place for a nice walk, instead of going for that same stroll around the block as always. But do you let your dog ride in the passenger seat? There’s a very important reason why you shouldn’t do that.

Letting your dog sit in the passenger seat can be very dangerous. When you read a news story about a car accident, it usually says how many people got hurt, but you rarely read anything about any pets that might have been involved. However, dogs are victims of car accidents more often than you’d think. This is because many dog owners don’t adhere to the safety rules for dogs as well as they should during short car rides.

When going for a ride, dogs often get to sit in the passenger seat. However, this spot is at least as dangerous for a dog as it is for a person. Braking suddenly can cause your dog to smack into the windshield or dashboard, with all consequences this implies. It’s been said that the passenger seat is even more dangerous for dogs than for humans. The reason for this is that a dog can’t wear a seatbelt, so it doesn’t have that protection at all.

Paws to Click is an organisation that concerns itself with the safety of pets in traffic. The organisation presents cold hard facts: a pup that sits in the passenger seat of a car that suddenly stops at a speed of 30 km/h will slam into the windshield with tremendous force. So it’s not that strange that multiple American states have made it illegal for dogs to ride in the passenger seat. In other places, it isn’t illegal, but you’re advised to put your dog in the backseat. Safety first, also for your dog!