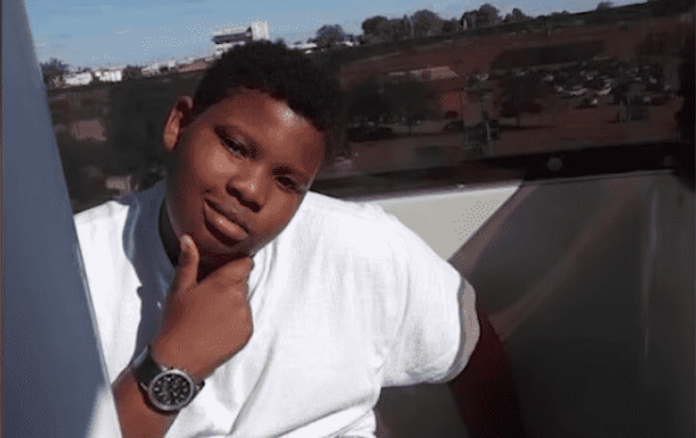 A 14-year-old boy passed away after shockingly falling from an amusement park ride in Florida on Thursday. Identifying him as Tyre Sampson, Sheriff John Mina said he was “visiting from his home in Missouri with another family” when the tragic incident unfolded.

During a press conference on Friday, Mina said, “The Sheriff’s Office’s role in this incident is to determine whether or not this is an accident. Based on all of our preliminary investigation and information it appears to be a terrible tragedy, but our investigation is still open.”

It was previously revealed that the young teenager fell from the Orlando Free Fall attraction at ICON Park around 11 p.m. Although he was taken to a local hospital, Sampson succumbed to his serious injuries, reports PEOPLE. The investigation is said to be handled by the Florida Department of Agriculture and Consumer Affairs.

Questions have been raised surrounding the accidental nature of the boy’s death. When asked why police believe the incident was an accident, Mina said that after talking to employees “everything seemed to be okay and normal.” He went on to note that police were not aware of “any reports of any issues with the ride” since its opening back in December.

That being said, the sheriff assured that as part of their investigation’s protocols authorities would be “looking into” a number of factors, including “whether it was a slip, whether he was conscious or not” or if the ride was faulty, meaning issues with the locking device in the safety harness of the ride.

“We’ll determine for sure if it was accidental, which we believe at this point,” noted Mina, strongly adding, “there are absolutely no criminal charges.”He also went on to express his “deepest condolences” to the teen’s family. “We can’t imagine the pain and anguish that his family must be going through,” said the sheriff.

Orlando Free Fall, which is described as the “world’s tallest free-standing drop tower” at 430 feet by the park, is closed currently. “Climb aboard this thrilling attraction to get a birds-eye view of your favorite spots in Central Florida before tilting you 30 degrees forward and dropping you at over 75 mph,” reads a social media post made by the park, which will resume operations.