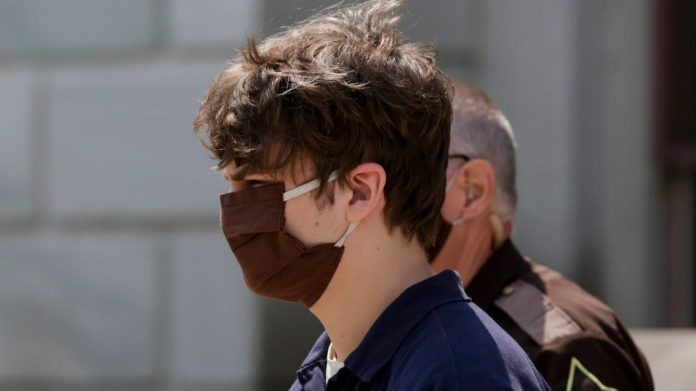 The 20-year-old man pleaded guilty in August to murder in the killing of 29-year-old Ryan. Prosecutors said that Jasper lured the victim to his apartment and struck him from behind four times with a sledgehammer as the victim sat on a couch. The judge who sentenced him, ordered the man to serve 45 years of that sentence.

Prosecutors said Jasper then strangled the still-breathing Martin to death, wrapped his body in a plastic tote and hid it in a closet.

Tippecanoe County Deputy Prosecutor Michael Dean said Jasper killed Martin not because of mental illness, as Jasper’s defense attorney maintains, but out of vengeance because Martin was dating a woman Jasper had previously dated.

Dean said co-workers of the two men had teased Jasper about Martin’s relationship with his ex-girlfriend.

He said two court-appointed mental health experts agreed that Jasper’s psychotic symptoms were either fabricated or being exaggerated in an effort for leniency.

Judge Steve Meyer said he was not convinced that Jasper was mentally ill at the time of the murder, saying he would not give a “guilty but mentally ill” distinction with his sentence.

“He didn’t deserve any of it,” the judge told Jasper of Martin. “You callously and brutally snuffed out his life from this world.”