“I’m tired of talking about Trump,” Biden says to media that’s obsessed over “the former guy” for the last 4 years 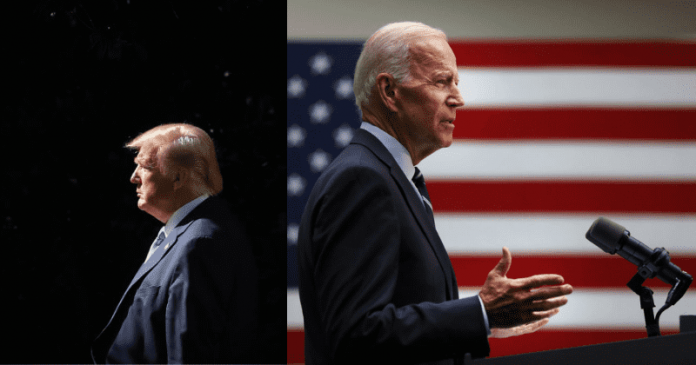 Keeping his eyes forward rather than dwelling on the past, President Joe Biden wants to focus on growth, instead of getting caught up in what his predecessor has been up to. While the media still continues to follow Donald Trump’s every move, even though many believe that it hardly matters anymore, Biden is making it clear that it’s time to focus on more important things in the country.

For four years, the media has lapped up every word that Trump has uttered on different occasions, and Biden has outrightly admitted that he does not want the next four years to be the same. Speaking at a CNN town hall in Milwaukee, Wisconsin, on February 18, Biden admitted, “I’m tired of talking about Donald Trump. I don’t want to talk about him anymore”.

Since Trump set foot into the White House, the media has used him and his statements as fodder for news and although Trump accused several media outlets of spewing fake news, many believe that he loves the attention. “He’s an attention junkie. He really is,” CNN media analyst Bill Carter said on ‘New Day. “He likes being the center of attention… He does need the media.”

Trump himself has made statements to his advisers, such as “I give Fox these mega-ratings. It’s all me.”

Biden also spoke about how the coronavirus pandemic was dealt with by the previous administration.

“We inherited a circumstance,” Biden said, where “there weren’t many vaccinators… [and] there was very little federal guidance.”

“We wasted so much time,” Biden said about how Trump’s administration (mis-)handled the situation and called him “the former guy” in one statement.

“You had the former guy saying that, ‘Well, you know, we’re just going to open things up and that’s all we need to do.’ We said no, you’ve got to deal with the disease before you deal with getting the economy going. The fact is that now, the economy has to be dealt with,” Biden went on to say.

Biden also mentioned that he had conversations with all of the former presidents before him, except one, but did not mention his name. “They’re private conversations,” Biden said. “But, by the way, all of them, with one exception, picked up the phone and called me as well.”