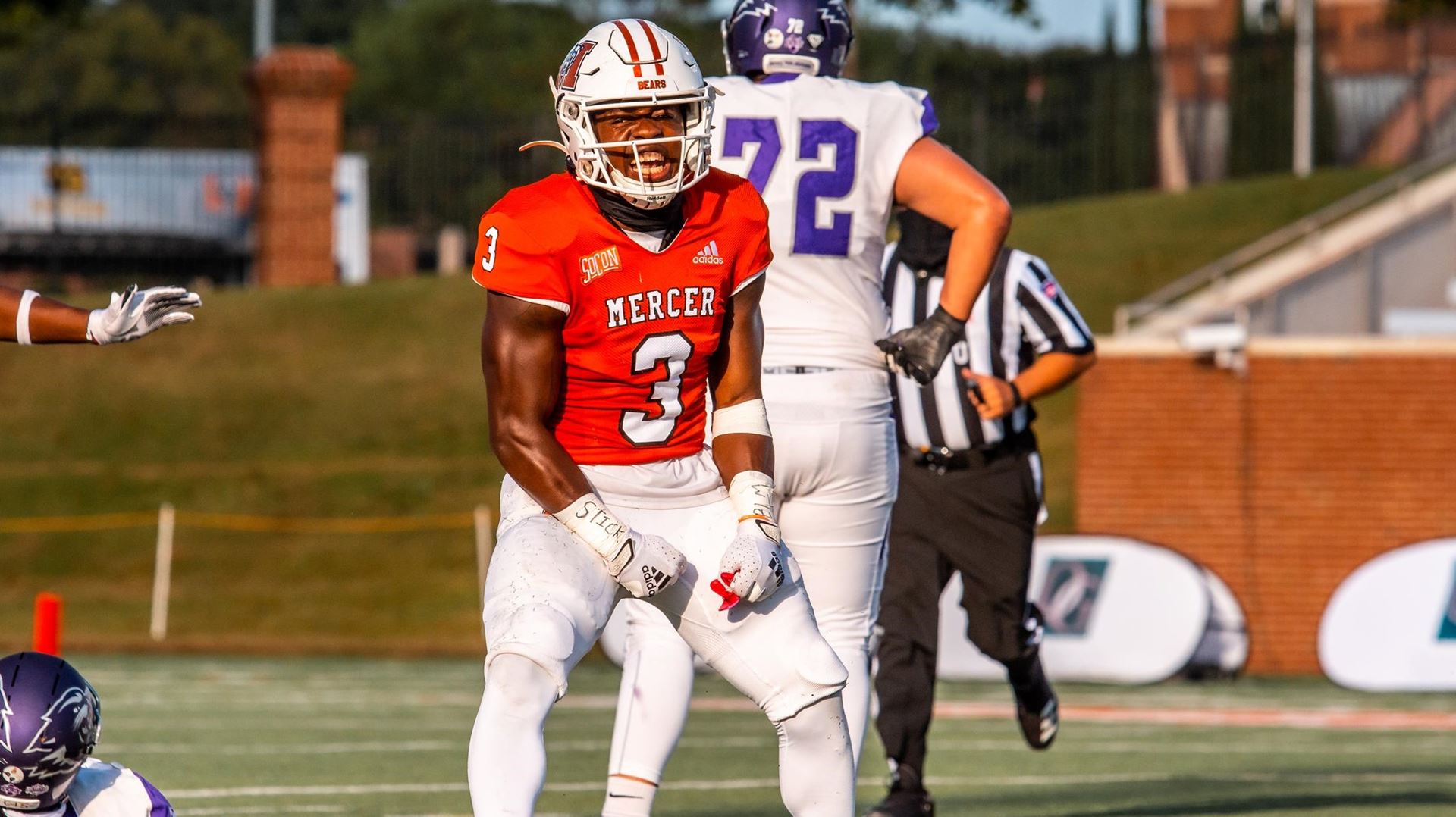 The Mercer Football team was defeated by Abilene Christian, 20-17, on homecoming at Five Star Stadium on Saturday afternoon.
Blair Zepeda kicked the game-winning field goal as time expired to give the Wildcats.

Lance Wise led the Bears defense with 20 tackles. This is only the second time a Bear has recorded 20 or more tackles in a contest, as Sidney Otiwu set the school record with 21 last season against Samford on Nov. 2.

With Abilene Christian leading 7-0 late in the first quarter, the Bears went on a 15 play, 75-yard drive that spanned 3:51 and carried over into the start of the second quarter. A Brandon Marshall 13-yard touchdown rush capped off the drive, tying the game at 7-7.

After the Bears defense forced a three and out, the Bears moved the ball well on the next drive. Mercer worked its way down to the ACU 28-yard line before the drive stalled. Caleb Dowden came in and kicked a 44-yard field goal putting Mercer ahead 10-7.

The Wildcats opened the second half by moving the ball 76 yards over a four-minute drive. After the ball got to the Bears’ 31, Mercer locked down and held Abilene Christian to a 41-yard field goal to tie the game.

Mercer went back to work on its very next drive. With the ball on the ACU 30-yard line, Harrison Frost found Zacch Davis on a post route over the middle to put Mercer on top once again, 17-10. This was Davis’ first touchdown as a Bear.

After a three and out for the Bears, the Wildcats went down the field on a seven-and-a-half-minute drive to tie the game. Peyton Mansell hooked up with Kobe Clark on a fourth-and-nine for the 10-yard touchdown. The very next drive for the Wildcats, they ran the clock out and kicked the game-winning field goal as time expired.

Offensive Star
Redshirt junior Harrison Frost was an efficient 11-for-15 through the air for 126 yards and a touchdown. He connected with Zacch Davis for a 30-yard score in the third quarter to give the Bears their first lead of the night and protected the ball well, going without an interception for the first time this season. The Kennesaw, Ga., native also scampered for 12 yards on three carries.

Defensive Star
Sophomore Lance Wise was all over the gridiron today for the Bears, recording a career-high 20 tackles against the Wildcats. The Marietta, Ga., native was one stop shy of tying Mercer’s program record set by Sidney Otiwu against Samford on Nov. 2 last season. Wise added a tackle for loss and broke up a pass against ACU.

Stats That Matter
The ability to convert red zone trips into points played a pivotal role in today’s game as Abilene Christian scored on all three of its trips inside the 20. Adversely, Mercer was only able to score on one of three chances inside the red zone.