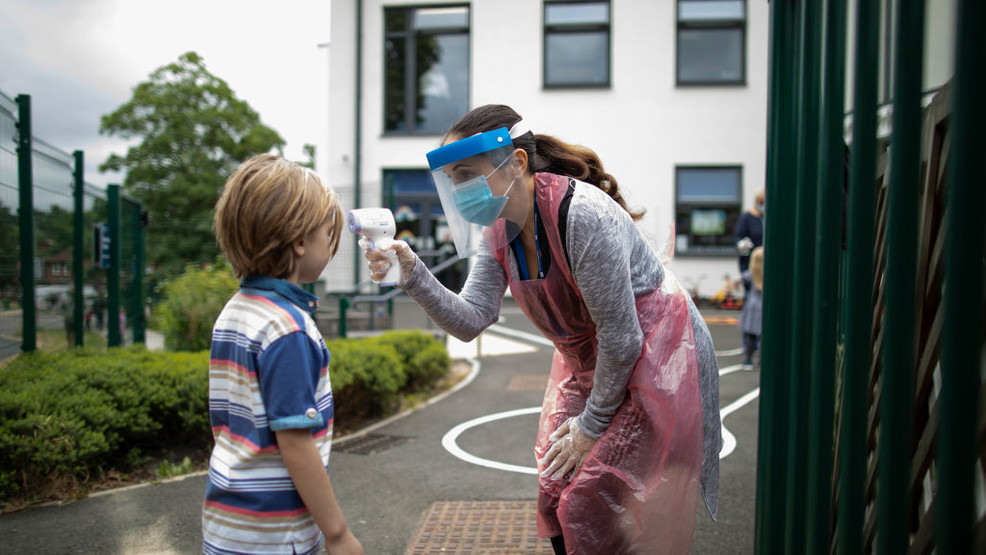 According to the CDC, children don’t appear to be at higher risk for COVID-19 than adults.

Dr. Robert Shelley says children have been relatively spared from the virus.

Shelley has 20 years of pediatric experience. He now serves as the Associate Dean of Student Affairs at Mercer University.

The CDC reports only 2 percent of COVID-19 cases in the U.S. have occurred in children under 18. So far, 20 children under age five have died from it.

Dr. Shelley says doctors and scientists are unsure of why children react better to viruses than adults.

He does have a theory. Shelley believes children’s immune systems are in a state of perpetual readiness compared to adults. He says that’s because kids bodies are constantly learning of new virus and bacteria.

When children first start being in large groups of other kids, like daycare for instance, the doctor says parents may notice they are sick more often. After a few years of exposure to other children, their immune systems can better handle illness, and they get sick less.

Teachers are in a similar situation, according to Dr. Shelley. “Most teachers who have been teaching for a few years, if they’re otherwise healthy, have relatively good immune systems.”

He explains that because educators have been around so many children and many accompanying illnesses over the years, they would have a stronger immune system than someone their age who has not been around children.

Shelley says COVID-19 is different from other viruses though, “It is a very dangerous virus.”

While some studies suggest children aren’t spreading the coronavirus at as high a rate as behavioral patterns suggest they should, Dr. Shelley says there is conflicting data.

“I’m concerned the school population is going to be a reservoir for the virus,” he says.

Every summer, illness decreases among school-age children, Shelley tells WGXA. A few weeks after school starts back, pediatric offices fill up. As a pediatrician he is expecting no different but this year, the virus going around is COVID-19.

He calls COVID one of the most confusing viruses around. It’s responsible for more deaths than any influenza outbreak since the Spanish Flu.

The doctor is hopeful that this school year because of masks and social distancing, the exposure for all viruses will go down. “Might that next year make the kid get more colds then they would have gotten otherwise? Yes. But if it protects them from COVID this year, I think it’s worthwhile.”

Shelley is a grandfather of seven and says he worries about his grandchildren returning to school too.

The American Academy of Pediatrics strongly advocates that all policy considerations for the coming school year, start with a goal of having students physically present in school. They say the importance of in-person learning is well-documented, and there is already evidence of the negative impacts on children because of school closures earlier this year.

Dr. Shelley says the socialization on top of the education children receive inside of a school building, outweigh the risks of a child contracting or spreading the virus.