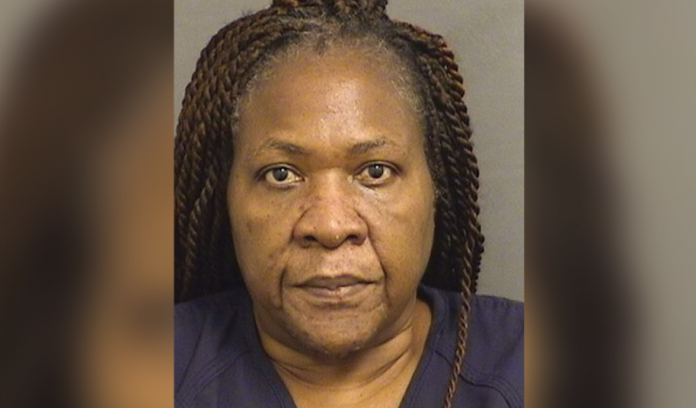 In a shocking crime, police say a woman in Florida allegedly stabbed her husband over 140 times. The 61-year-old woman has since been charged with first-degree murder and is currently being held without bond.

On Sunday, the 61-year-old woman, Joan Burke, appeared before a judge via a video conference reports CNN affiliate WPTV.

According to the arrest report, officers with Palm Springs Police arrived at Burke’s home on the eve of February 11 in response to a call they had received from a man who had identified himself as the son of the suspect. Apparently, Ricardo Green, 41, discovered his 62-year-old stepfather, Melvin Weller, lying on the kitchen floor in a pool of blood after arriving home from work.

When the 911 dispatcher asked him if anyone else was home at the time, the caller “paused for several seconds and then said his mother Joan Burke was there,” per the report. Officers were immediately dispatched to the home and on arrival, they found the victim in a large pool of blood that covered more than half of the kitchen floor. Investigators also located a broom, a mop, and other cleaning tools right next to the dead body.

Weller, who appeared to be dead, had multiple stab wounds and lacerations on his body, revealed officers. They also found blood splatters and smears all over the walls and cabinets of the kitchen and even on the kitchen. On investigating further, they found a couple of knives and a meat cleaver in the kitchen sink.

While checking the home for more clues, they found Burke in the master bedroom where she was lying in a bed. Although she was conscious and even alert, Burke remained silent. She was eventually transported to a nearby hospital to be evaluated. Following an autopsy, it was revealed that the victim had suffered a skull fracture which had been caused by a blow to the head with a meat cleaver.

Additionally, it noted that Weller had sustained more than 140 stab wounds. Thus a search warrant was issued for the suspect’s home to be examined thoroughly. During the search, cops were able to recover a garbage bag containing a blood-stained nightgown that belonged to the suspect and a cellphone that investigators believe belonged to the victim.

While being evaluated by doctors, they found a laceration on Burke’s hand, revealed police. Thus, she was arrested and charged with murdering her husband, who according to his family was physically disabled at the time of his painful demise. The motive behind this crime is not yet known as the case continues to unfold.